Baltimore Maryland in the summer is a hot, complex and uniquely beautiful city.

We made it our home for 7 weeks as we upgraded and updated the home automation system of an incredible suburban retreat.

Every time someone asks me how I’ve been or what I’ve been up to I have places to talk about. Traveling this year has exposed me to many new places and adventures. Baltimore Maryland, was a major part of my summer. Seven weeks of heat, south of the Mason Dixon and I’ve changed forever.

Baltimore  is a big city with the homeless begging at the major intersections in shifts, people crossing the streets recklessly with total disregard for crosswalks, and fighting in the back alleys. There are so many mini cultures condensed in one area that they tend to all blend together, smashed end to end like the row houses lining Cold Spring Lane. A few blocks away on the Alameda people wave their hand above their head “hacking” to signal they are willing to barter for a ride,trading anything they have, goods or services, to get somewhere a little faster. Residents resort to their base instincts for survival.

In a long journey south with the truck and trailer at the end of July, Derek and I made our way to Maryland without knowing what to expect. With a little practice we figured out how to get the Truck parked in the back of the apartment – access through the spillway was tight. First we mapped out the nearby grocery stores and watering holes. An early favorite was a great Italian place named Bottega.  As we explored, I listened to the local radio stations – 92 Q quickly became a favorite. A Hip-Hop and Rap station that seemed to embody the feel of the city. There were real accents and real people making us laugh every morning as we traveled through the tight streets of the city. On weekends we spent our days at a little slice of paradise 20 minutes away at Druid Hill Disc Golf.

Our job site was just outside the highway defining the northern edge of the city. We’d take our exit and only a mile down the road we’d find ourselves transported to a circle of tranquility where deer walked the lawns and landscapers trucks parked on the street.

This neighborhood was a total different pace from the rest of the city.  The property appears modest from the front. It’s not until you enter that you realize how much is encompassed inside the sprawling estate.

The property was adorned with beautiful works of art, a two story saltwater aquarium, a 15’ high outdoor waterfall, and the largest model train set I’ve ever seen. Unfortunately, not every part of the home was so beautiful. 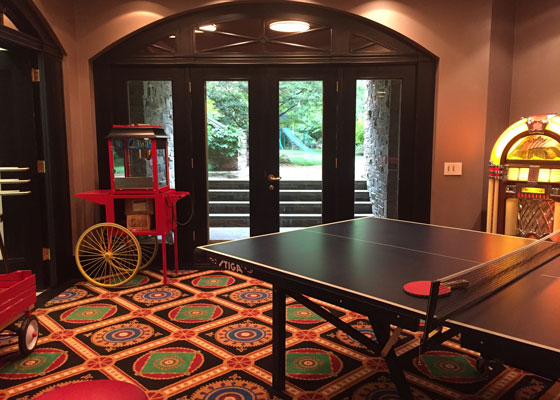 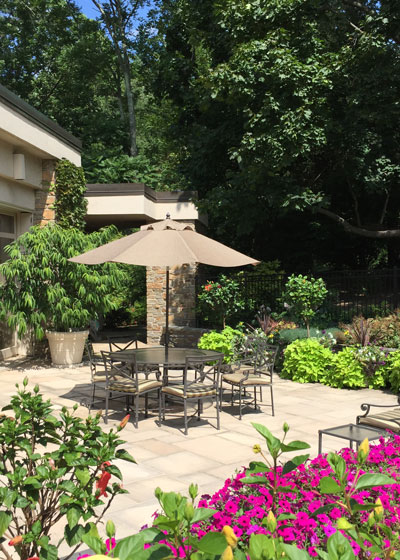 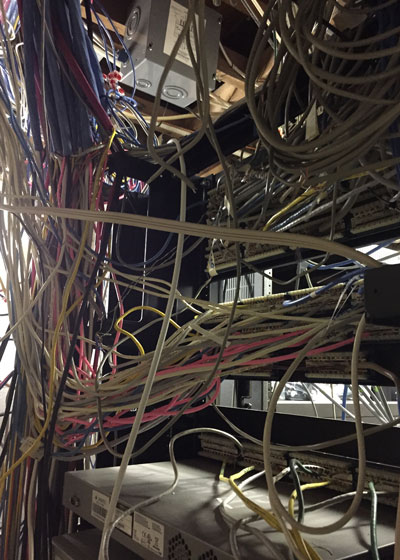 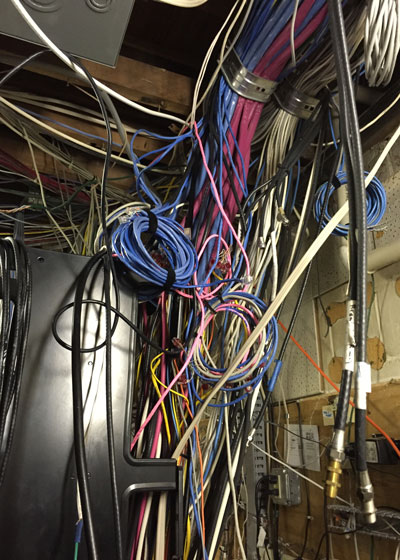 The first time we made our way to the equipment racks, we were greeted by a spiderwebbed mess of wires attacking the back of the equipment. Lacking labels, organization, or any kind of order, we knew there was a large task in front of us to bring the system up to DC Home Systems standards. 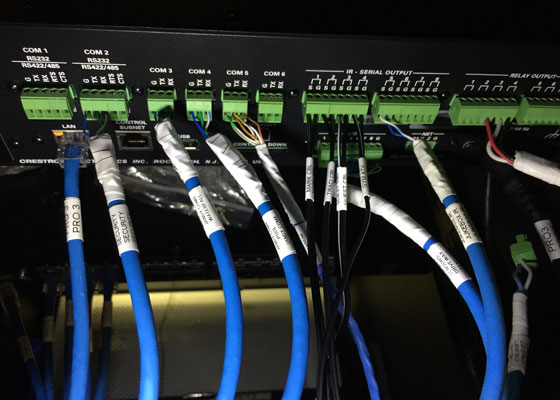 We started by removing all of the Audio and Video equipment in the main racks, exposing a hollow shell and pulling apart the layers of this stinky onion. The job had been touched by so many hands and  none of them were loving. We separated all of our incoming wires and toned the necessary ones for distributing signals throughout the house.

Then we added labels and began to rebuild by installing equipment and massaging the wires into their new, orderly homes.

After our initial push on the main equipment area, we moved throughout the home to each endpoint and replaced the analog systems with new digital solutions. Smaller and cleaner, our goal was to improve everything we touched. As the system grew, we grew to know Baltimore as well. Learning the streets and the areas around us, like we learned the wires and many rooms of the home. We became totally immersed in completing the project, for we knew it meant that we could return to our home. Never before have I been so excited to see picture and hear sound.

Things are simpler now as evidenced by the before and after pictures below.  Everything is neatly wired, documented and functional. What at first was a daunting and overwhelming challenge became a proud accomplishment that I will always be able to look back on with a positive light. 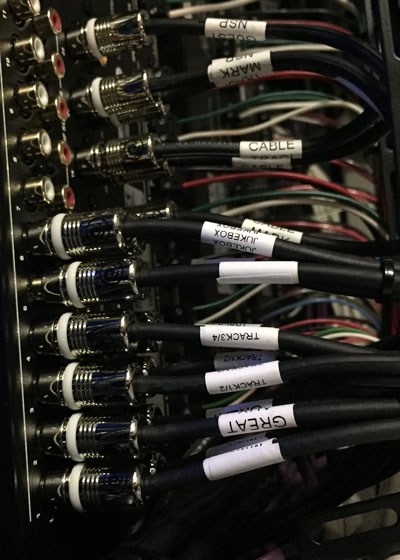 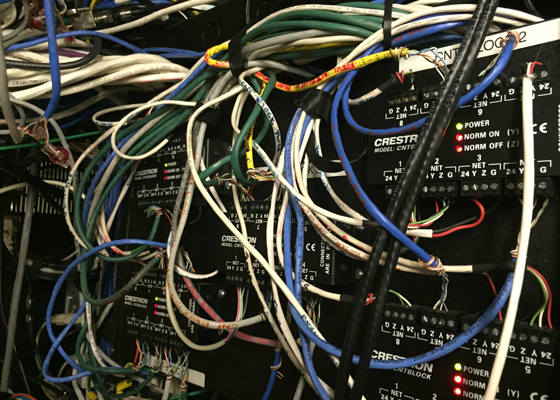 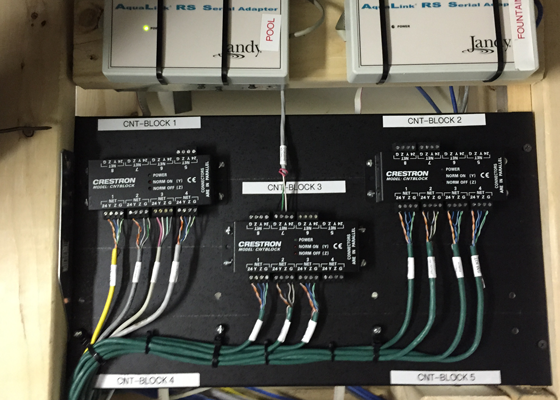 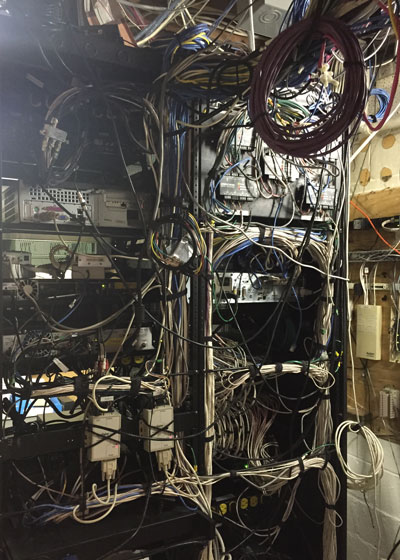 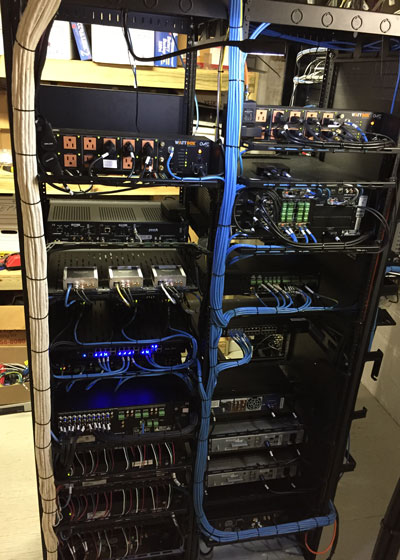 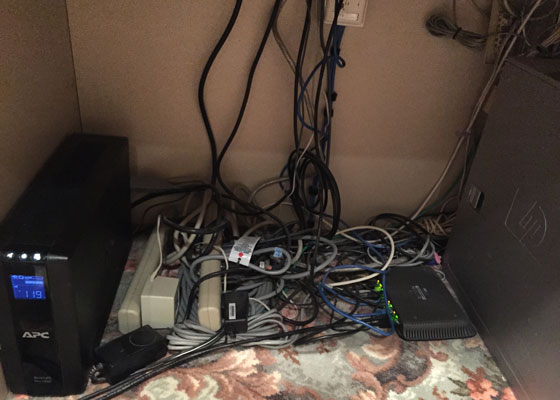 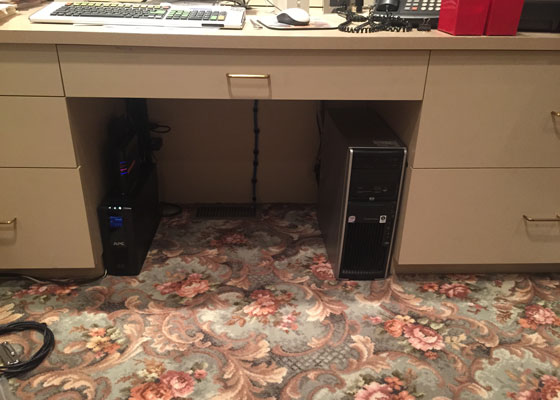